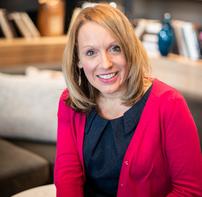 Morgan launched Steadfast Strategies in 2014 in order to harness her skills and passion to make the most impact.  She brings more than 20 years of experience in non-profit strategy and communications and extensive relationships at the local, state and national level. She believes that strategic communications can not only help to educate and share information, but also to shape the debate on key issues, connect people to your work and ultimately build a stronger organization and movement to create social, cultural and policy change. Her specialty is creating messaging strategies that will meet short term needs while also building an effective foundation for long-term progress.

​As the Program Manager for the Reproductive Health Technologies Project, she designed effective framing and public affairs strategies to move the dial on key reproductive health issues including later abortion care, forced parental notification and lifting restrictions on health coverage for abortion care. She also managed a national message training program where she trained thousands of advocates and organizations on how to utilize evidence and values based messaging to build support for access to abortion care.  Morgan previously served as the Executive Director of Equality Maryland and the Director of Government Relations for the Amputee Coalition of America where she successfully shepherded over a dozen health care reform bills in state legislatures throughout the country. She was a Field Manager overseeing the national training program at NARAL Pro-Choice America and also served as the Executive Director of the Montana affiliate of NARAL where she helped to defeat several measures designed to limit reproductive freedom and build support for the state's contraceptive equity legislation, which was later signed into law.

Morgan has spent her career advocating on behalf of family friendly workplace policies, reproductive health and justice, lesbian, gay, bisexual, transgender equality, disability rights, health care access and other social justice and feminist issues. Morgan was recently selected for the Women’s Media Center’s “Progressive Women’s Voices” program and is featured on WMC’s SheSource.  She is also a CoreAlign Generative Fellow.  In order to expand opportunities to make a difference, Morgan partnered with Matthew Thorn and Sharon Brackett in 2019 to launch Whetstone Point, a Baltimore based firm focused on public policy and public affairs. She continues to grow Steadfast Strategies while working with her Whetstone Point colleagues on collaborative projects.  She lives in Baltimore with her two daughters.